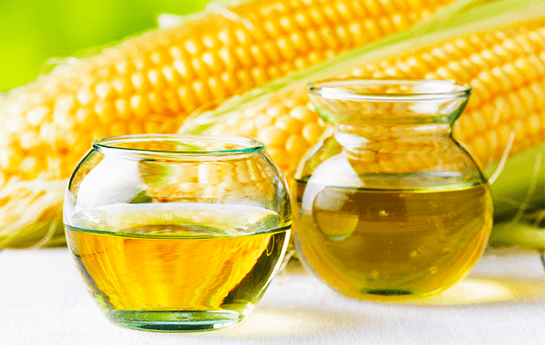 Always committed to the quality of its products, VMG BIOENERGY produces corn oil according to the standards and requirements of regulatory agencies.

The installed production capacity of this product is 3,000 tons per year.

Corn oil is extracted from its germ, which is the richer part of corn in terms of oil. Corn oil, in its turn, is rich in unsaturated fatty acids (Embrapa).

Corn, a well-known cereal grown in much of the world, is used extensively as a human food or animal feed, due to its nutritional qualities. It is one of the most nutritious foods available, containing almost all known amino acids, with exceptions being lysine and tryptophan. It has a high productive potential and is very responsive to technology. Its cultivation is usually mechanized, benefiting greatly from modern planting and harvesting techniques. In Brazil, which is also a major producer and exporter, Paraná is the largest producing state, with about 27 percent of the national production, followed by Mato Grosso and Minas Gerais.

Corn oil is of vegetable origin. Extracted through chemical and physical processes of the corn grain. Free of trans fats and rich in vitamin E.

In addition to being widely used in human food and in the manufacture of food products, Corn Oil has several other applications, among which we can mention: cosmetic, pharmaceutical, food, veterinary, animal feed, industrial in the production of varnishes, paints, plastics, lubricants, among others