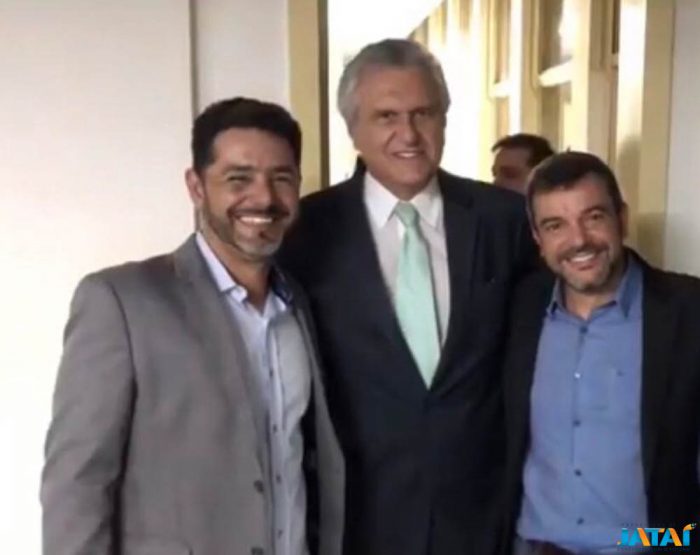 On the Tuesday (18), the mayor Vinicius Luz, along with the Governor Ronaldo Caiado, has signed a letter of intents for the installation of one more industry in Jataí, being the highest tax incentive signed by the current government in an area of ​​480,000 m² by the margins of BR-060 donated by Jataí Town Hall to the VMG Bioenergy and Agribusiness, with investments of over five hundred million reais and generation of 200 direct and 300 indirect new jobs. Up to this date, in the management of the mayor Vinicius Luz, the investments sum up to 800 million. The Government of Goiás will support the implementation of the company with tax incentives.

In his speech, the mayor said, “It is important to highlight the entrepreneurship of Mr. Valter Giacomini, who has believed in the potential of our city. I thank the Secretary of Industry and Trade of Goiás, Wilder Morais for the support. “

Honoring the event were our Economic Development Secretary Sebastião Modesto, the Director of Industry and Trade Jocemar Garcia, the President of the City Council, Councilor Kátia Carvalho, the City Councilors Pastor Luiz Carlos, Carvalhinho, Major David and Cida and the Congressman Zé Carapô.