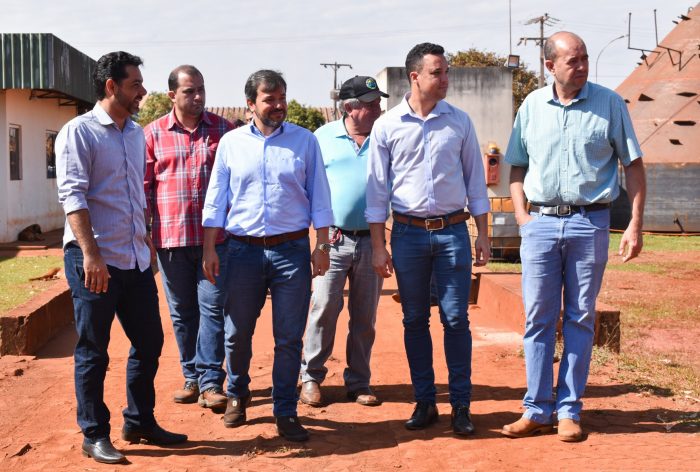 The mayor Vinícius Luz has authorized the investment in improvements in the infrastructure construction works of the Agroindustrial District of Jataí (Daija), with mowing, road opening and traffic sign services and furthermore also with road paving, aiming to give the necessary maintenance for the installation of new companies on the site.

The construction works are always being monitored by the mayor himself and also by his secretariat. During a visit on the site, in the afternoon of the last Thursday (27), the Economic Development secretary, along with the manager of the Jataí Agroindústria de Biocombustível LTDA, Emerson Oliveira, have inspected the progress of the performed works.

About 70% of the expansion works of the biofuel company has been completed, such as mechanical services. The conclusion will be when the entire electrical and automation parts become finished.


Created by the businessman Walter Miguel Giacomini, the genuinely Jataiense company will produce ethanol from the corn, with over 120 million reais in investments divided in two stages. The company already works for 10 years in the biodiesel field, and now prepares to produce cereal ethanol, more specifically, the corn ethanol, with a production of 220 thousand liters of corn ethanol per day, adding value to one of the products in which Jataí is a national champion in productivity, with the processing of 500 tons of corn per day.

The company is expected to be delivered by April 2019, and will generate 120 direct jobs and approximately 360 indirect jobs.