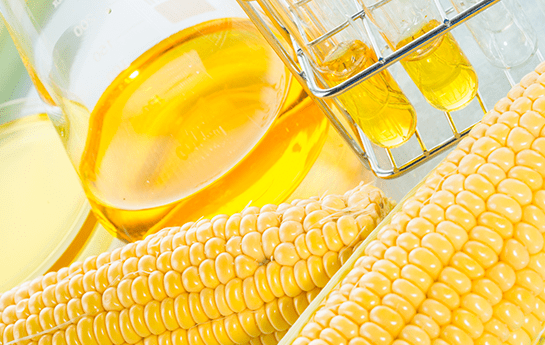 VMG BIOENERGY produces two important types of corn ethanol, the technology used in the system for transforming starch into sugars is the flour hydrating system and starch saccharification in a continuous hot process, using specific enzymes. The following being:

The installed production capacity of these alcohols is 80,000 m³ per year. The share of each product being determined by the market demand at the given moment

The demand for ethanol in Brazil has been growing exponentially in recent years and, on the other hand, the national production is unable to meet this consumption at the same rate as it produces. The difficulties of the processes used in the production of sugar cane ethanol and the long periods of interruption in the off-season, leave important deficits every year. Unfavorable factors, which do not apply to ethanol made from cereals, which is the case of Jataí Agroindustry.

A reflection of this is the export of ethanol from the USA to Brazil, which last year was only below those made historically to Canada.

In this sense, there is a great opportunity to serve the domestic market, which has a growing demand for the product and low service capacity.